Professor Francesco Scalici was born in Palermo in 1950; he got his diploma at the Accademy of Arts of Sculpture, and taught discipline from 1976 to 1986, at the Statal Art institute and the Artistic High School of Palermo.
Francesco is not of eugubinian origin but is considered an adopted eugubinian, because he chose to live in our city since 1986.
He is Superior Officer (Major) of completion of the first grenadier regiment in Sardegna.
He is a member of the Diocesan commission of Cultural Arts.
For ten years he has been deepening his research on the various techniques of melting ( wax, sand and shells) and he is particularly interested in the various experiences in the tridimensional field.
During his research he has passed to the restoration by plastering, ligneous structures, bronze structures and wax statues.
He has also made projects in the toy field, military heraldry and free time. He continues experimenting the stranges and most various techniques, most of all in the antique research and artistic craftwork techniques which have disappeared with the time.
He lives permanently in Gubbio with his family (wife and three children: Gabriele, Paola and Rosa Chiara) and teaches plastic discipline and visual education in the Statal Experimental Art Institute of Gubbio, Via Arboreto, 31.
His daughter, Rosa Chiara, has been from 1996 to 1998 the first Mayor of COMUNAL YOUTH COUNCIL (Consiglio Comunale dei Ragazzi di Gubbio).

In Sicily he sculptured a group of statues in marble of Carrara and bronze representing St. Benedetto of Norcia for the Benedictine Abbey of St. Michele Arcangel in Mazzara del Vallo (Sicily).
He later made the wax masks necessary for the processes of beatification of some nuns and pious women (Pina Suriano of Partitico; Mother Maria Rosa Zangara of Borgetto: foundress of the Order of the daughters of Mysery; Mother Maria of Santocanale: foundress of the Cappuccine of the Immaculate of Lourdes in Palermo.
He has created many military emblems for regiments and different institutes.

In the City of Gubbio, where he arrived on the 11th September 1986, he made a sarcophagus of wax with ../images of the Holy Peter, Agostinian priest, which contains the remains of the saint and now lies in the Church of St.Agostino (1991).

In 1994 - 1995 he restored the bronze urn in which the uncorrupted body of St. Ubaldo lies in the Basilica of Monte Ingino. The restoration lasted fourteen months more or less and the total dismounting of the body was necessary, then the catalogation, the putting together of the missing parts, the gold finishing on all the metal parts, the disinfestation of all the wooden parts, the creation of a drawer at the bottom for the checking of humidity, the application of a micro computer for the registration of humidity and the external and internal temperature.
For this enterprise, they received the decoration of Pontifical honour of the Equestrian order of St. Silvestro Papa and member of honour of the Family of Santubaldari.

To commemorate the centenary of the death of Holy Peter and the canonization of St.Ubaldo, he designed two medals and made 250 samples of each, which reproduce the images of Saints.

He lately made a group of statues in melted bronze in wax, representing the encounter of St.Francis and the wolf who, according to the fioretto XX1, met near the church of the Vittorina.

It was here that the statue was presented recently.

He is presently working on a statue of Padre Pio to put in his native city, Palermo. 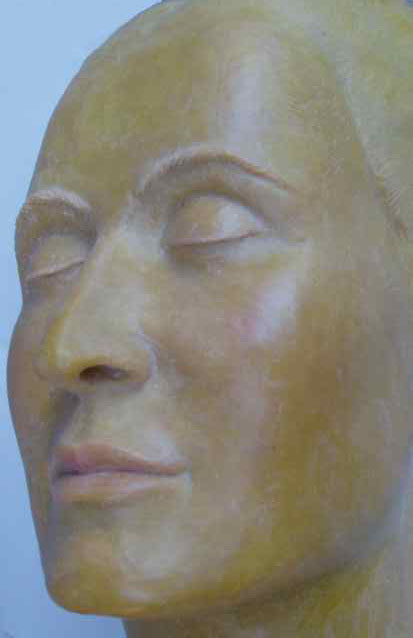